Eric Braaten works for the Washington Department of Fish and Wildlife as a Private Land Biologist. Braaten has been a witness to many misadventures by the wild animals while frequently driving on the North Central Washington highways. This Monday, though, was a little different for Braaten as this time, he noticed a dog on the Banks Lake ice. 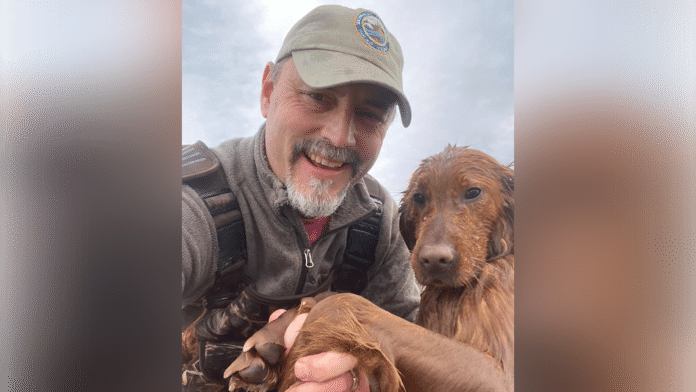 Braaten said that he saw something on the ice while driving his car, and it did not look like an eagle or a coyote, so Braaten pulled over and got his binoculars out.

It was a dog who had fallen through thin ice into the water.

Braaten got back to his home in Electric City and got his hip waders and a shovel. Braaten also got his colleague to get his boat to the spot where the dog had fallen through thin ice.

When Braaten returned to the site, the pooch was still there barking, which made Braaten sure that the dog was alive.

Braaten said that he had talked to some other people in the area who had also seen the pooch there, and it was estimated that the dog had been struggling in the water for around 5 hours.

Braaten told reporters that he got his shovel and his waders on, and reached the end of the ice near the open water. The water was shallow and was only 3 to 4 feet deep, so Braaten knew that he would be able to make his way to the dog.

Braaten said the dog was emaciated, and it was effortless to load him up into the boat.

The dog was brought to land safely and was later identified as a local pooch.

The dog named Hazel is now reunited with her family and is in a warm, dry, and comfortable condition, the credit for which goes to Eric Braaten.

I have loved and cared for dogs all my life and want only what is best for them. To inform and educate all for the betterment of canine kind is my life's goal!

Our website is made possible by displaying online advertisements to our visitors. Please consider supporting us by disabling your ad blocker.